Talk – Parable of the Weeds 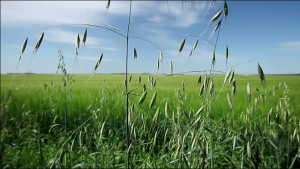 I want to ask you a question. It’s not just any question, it’s probably something that you’ve thought about before or will consider in the future. You might even be wrestling with it now.

The question is this: Why is there evil? Why is there suffering, evil people, and evil things that happen in this world when there is supposed to be a loving God who cares for us? How could he let so many people go to sleep hungry each night? How could he let innocent people, including children be killed in terrorist attacks? How could he let a selfish person bully my friend? Why are my parents separated or divorced? Why do I feel excluded at church when Christians are meant to love as Jesus did? Why would God let this happen to me? These are some things that could be going through your mind.

Jesus gives us an answer to this tough question in the Parable of the Weeds. Later in the chapter, Jesus also speaks to the disciples and explains what each of the figures represented, which helps us to get a better idea of what Jesus was revealing through the parable. In verses 24-25, it says

24 Jesus told them another parable: “The kingdom of heaven is like a man who sowed good seed in his field. 25 But while everyone was sleeping, his enemy came and sowed weeds among the wheat, and went away.

The man sowing the wheat seed represents God creating humanity as a perfect and sinless. We know from the story of creation in Genesis chapters 1 and 2 that the word ‘good’ is used several times to describe what God had created, including people. Genesis 1:31 says

31 God saw all that he had made, and it was very good.

Later in the parable, an enemy sowed some weeds in the wheat. Jesus’ explanation tells us that this is the devil planting evil into the hearts of people. They become sinful and reject God, just like it first happened in the fall of mankind in Genesis 3. It’s pretty clear that there are both hard-hearted people – those who have turned away and rejected Jesus as king – and followers of Jesus’ – those who put their trust in him – currently present in this world.

In verses 26-28 of the parable, the servants – who later on, we learn signify God’s angels -find the heads of weeds growing with the wheat. They ask their master ‘Do you want us to go and pull them up?’, and he responds in verse 29.

29 “‘No,’ he answered, ‘because while you are pulling the weeds, you may uproot the wheat with them.”

In Jesus’ day there was no selective herbicides that could kill the weeds leaving the crop unharmed. Farmers had to pull out the weeds by hand. As the wheat and the weeds were indistinguishable until fully grown, a lot of the wheat would have accidentally been pulled out if the servants did pull out the weeds.

But how is this true with people? If God were to destroy all the hard-hearted people of this world now, some of his followers would be destroyed too. But why would his followers be destroyed? At this present stage, not everyone who will become a follower of Jesus is a follower right now. Some may still be in walking their lives in ignorance, and others may not even be born yet. More importantly, however, is the fact that we are all evil. Even those who are followers of Jesus are still sinful and continually fail to honour and obey God, acting the same as those who don’t follow. We are not fully grown wheat, and so we can look just like the weeds. So destroying all evil would mean destroying Jesus’ followers, because there is still a part of us that is evil and sinful. Like in the parable, as the man did not want the wheat to be destroyed, God doesn’t want to destroy his people. As the weeds continued to grow with the wheat until harvest, God lets the hard-hearted people remain in this world.

But hang on – this still isn’t a solution to evil. Verse 30 explains what is yet to happen.

30 Let both grow together until the harvest. At that time I will tell the harvesters: First collect the weeds and tie them in bundles to be burned; then gather the wheat and bring it into my barn.’”

The harvest symbolises the end of this age – a time when judgement will be brought upon all people. The wheat and weeds are separated just as people will be. The hard-hearted people, will endure an eternal separation from God and his goodness, but the followers of Jesus will be restored from evil, and made perfect to spend eternity with God.

We can learn from this that God is truly patient with us. He is waiting for the right time to ultimately remove evil and restore his followers to perfection. In the meantime we cannot assume who is or isn’t a follower of God –  we will never know the intents a person’s heart. Someone may look like wheat, but on the inside they are a long way from God. Someone else you might know might not look like one of God’s people yet – they might talk and behave in a way that a Christian shouldn’t, but that might be because they still have some growing to do. Only God knows whether someone is a wheat or a weed, and he gives everyone a fair chance to follow him. It is an open, unconditional invitation, waiting to be received.

What does that mean for us? In the midst of all this evil, we can be thankful to God. It sounds a bit strange, but if you think about it, God is so merciful to us, that he patiently chooses to let evil remain in this world, rather than destroying it – and us with it, too. God hates to see pain and suffering, so every time you experience or hear of bad things, remember that it upsets God too, but he is letting it happen to give us and others a chance to follow him. We too need to be patient. Let evil be a reminder of the goodness that is to come, when the followers of Jesus will be restored. There will be no more hunger, death, bullying, broken relationships or any of the things that we are suffering from now.

Remember this – how we respond to Jesus will determine how our eternity is spent. Will you be the evil which needs to be removed, or the one being restored and saved from evil? Will you be walking your own way through life, or choosing to follow him? Will you be the weeds, or the wheat?